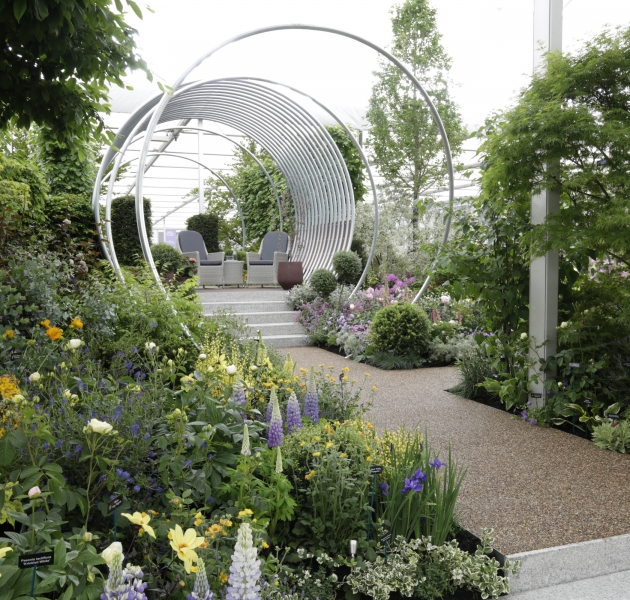 May 2017 –  The most successful exhibitor in the history of the RHS Chelsea Flower Show has continued its winning streak.

Hillier was awarded a gold medal for its ‘Spring’ by Hillier garden, making this the 72nd consecutive Chelsea Flower Show where Hillier has won gold. This impressive result also means lead designer, Sarah Eberle, remains Chelsea’s most decorated designer with a total of 14 gold medals at the show – this year she celebrates the ‘treble double’; three years in a row of two golds for her gardens.

A beaming George Hillier enthused: “Chelsea is the lifeblood running through Hillier. It plays such a vital role in the business so we are absolutely delighted to have won gold for the 72nd time in a row! It is absolutely a team effort and I want to extend a huge thanks to every single person involved, from our designers Sarah and Caitlin to everyone that works so hard throughout the whole year to make it all possible.

“Our mission is to inspire the creation of green living spaces for now and the future and, by adding to our legacy, this year’s garden has certainly helped us achieve that.”

Having exhibited plants at Chelsea in some form for over 100 years and having now maintained the record for consecutive gold medals, the Chelsea Flower Show grows more important to Hillier each year. The show is the platform from which the company launches many of its new plant varieties, including two in 2017 that are exclusive to Hillier. Malus x purpurea ‘Crimson Cascade’ is a rather unusual weeping Malus discovered in a garden near York and Corydalis ‘Porcelain Blue’ is a striking true-blue variety with a delightful fragrance and long flowering period.

Another attraction on the stand this year is the ‘Memory Tree’. Visitors are being invited to write down a treasured gardening memory and hang a plant tag on the Davidia involucrata tree, commonly known as the ‘Pocket Handkerchief Tree’, with the first tag having been hung by Alan Titchmarsh on Press Day. The aim is to have thousands of hanging tags by the end of show week. 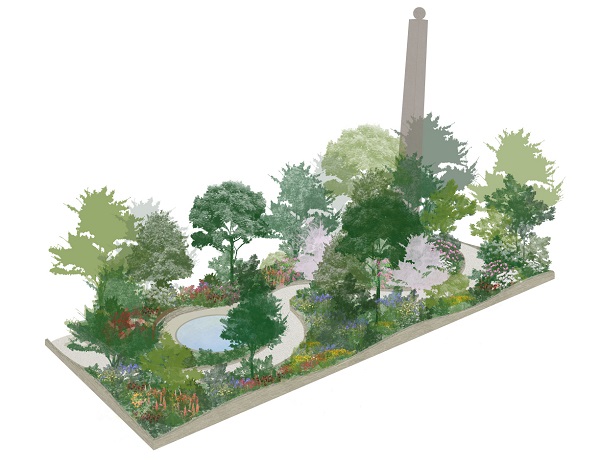 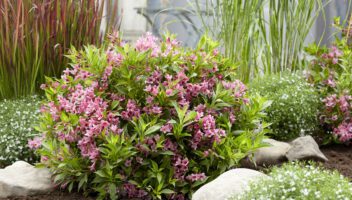