We are currently unable to process your transaction due to site maintenance, please try again later. We apologise for any inconvenience. 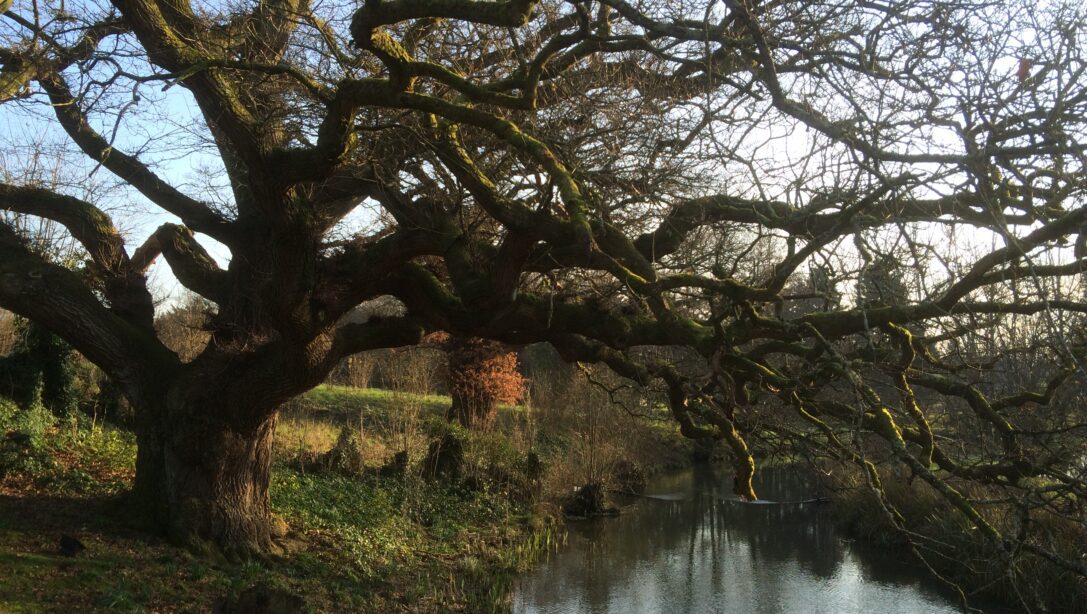 The oak tree is one of the most magnificent and iconic symbols of the countryside. Against a backdrop of rising concern about the risk of bringing in the deadly Oak Processionary Moth (OPM) from imported oaks, Hillier Trees has noted a surge in demand for British grown oak trees.

“Comparing this season to last, we have experienced a 23% increase in the volume of oak trees we have quoted for,” comments Adam Dunnett, Amenity Sales Director at Hillier. “Our placed orders for oaks, however, have increased by 93% year on year, showing the real interest in securing British grown oak trees. If we look at orders in particular for Quercus robur, the English oak, these are up an amazing 107% since last season.”

It is the caterpillars of the oak processionary moth that are perilous to oak trees, as well as a danger to humans and animals. The caterpillars feed intensively on oak leaves, leaving them open to other pests, diseases and stresses. For people and animals, contact with the hairs of the caterpillar can cause skin rashes and breathing difficulties.

OPM was accidentally introduced to England in 2005 and there have been attempts to minimise its spread ever since. It is established in most of Greater London, but reported instances of OPM outside of London have, unfortunately, grown significantly in 2019. Many of these cases have been traced back to imported oaks by DEFRA / The Forestry Commission. In light of this, in July 2019, DEFRA made the decision that oaks could only be imported into the UK from OPM-free countries. This effectively excludes imports from the majority of European countries.

“There is some good news for those hoping to plant oaks,” says Adam. “Oak trees that are British grown from outside of the London area are OPM free and safe to buy, despite some stories to the contrary.

“Hillier has a wide variety of oak trees available, all British grown on our field and container tree nurseries in Hampshire. These range from 10-12cm girth all the way up to 100-110cm girth — these largest ones have been growing on our field nursery for 30 plus years! OPM is a serious concern for the industry, but we are pleased to say the fate of the oak in England is by no means sealed.” 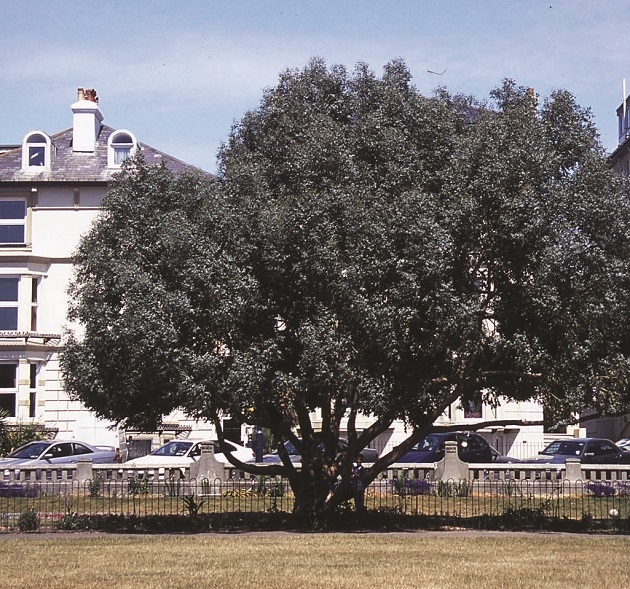 Quercus ilex, also known as the Holm Oak is a magnificent evergreen tree which has naturalised happily in all but the coldest inland areas of the UK. It does particularly well in harsh coastal conditions where most other trees would suffer and in urban environments where it is particularly tolerant.

Its leaves are dark green and leathery with toothed edges –similar to a holly. It creates a large, broadly oval canopy and can ultimately become a large tree up to 10 metres high at maturity.

This variety of Quercus has great versatility of form and can be grown as feathered, clear-stem, multi-stem, clipped shapes or even grown as a hedge. It is, however, sensitive to its tap root being moved, and as such this species is only sold by Hillier after it has been successfully rooted through in a pot. 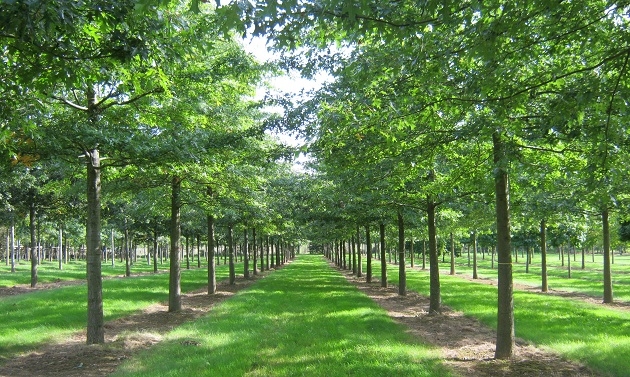 Quercus palustris, commonly known as the Pin Oak, is a very distinctive, large tree due to its balanced triangular shape. This is comprised of its straight main stem and slender, horizontal branching structure.

A real feature of this tree are its leaves, which are sharply lobed and glossy green. Their autumn colour is one of the best of all the oaks, consistently turning a rich red scarlet before falling, leaving a magnificent pyramidal silhouette through winter.

This is a great tree for creating a sense of formal structure. It does particularly well in moist, neutral to acid soils and will be fine in most well-draining soils, other than chalk and limestone. 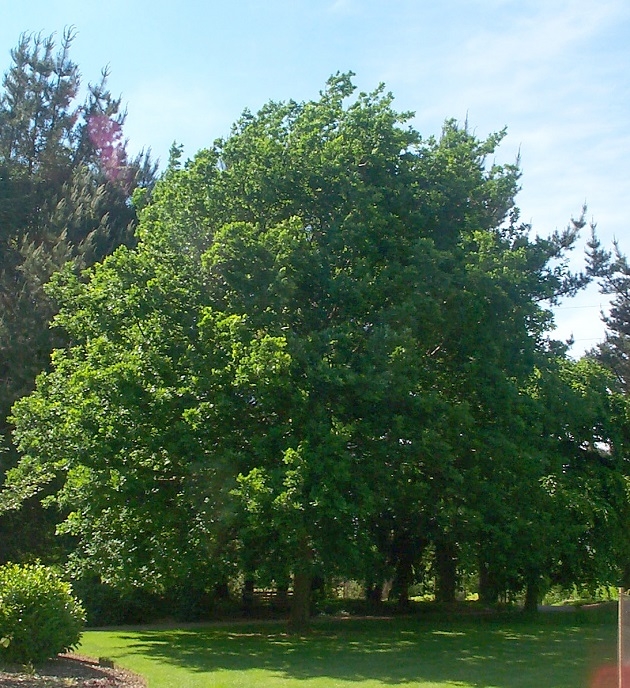 Quercus robur, the English Oak, is one of our two native oaks and by far the most numerous. These slow-growing giants of our countryside can live for hundreds of years and are trees to gaze at in awe, particularly when at their fully mature, magnificent best.

Quercus robur develops a large, broad canopy of rugged branches when growing in an open situation. The leaves are lobed, Lincoln green in colour, turning lovely subtle hues of orange and brown in autumn. The tree holds both male and female flowers, with the drooping, delicate male catkins forming at the same time as the leaves in spring.

This tree is a hugely beneficial part of the ecosystem, supporting a myriad of life along with the cooling effect of the canopy, carbon intake and oxygen production. It cannot be stressed enough that these trees should be more widely planted. 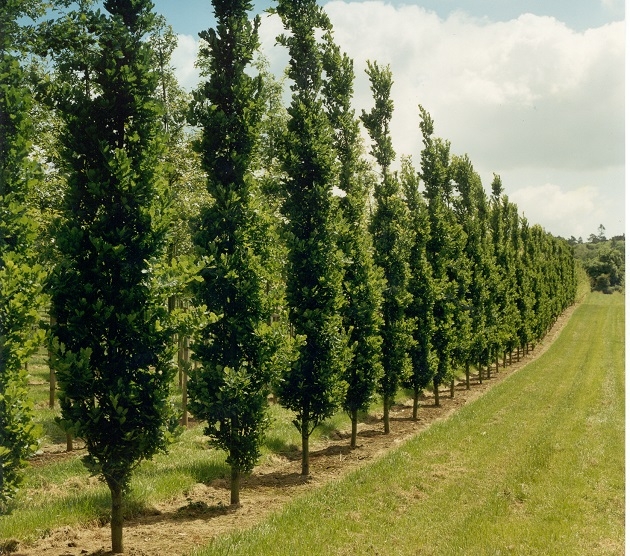 Koster’s Oak is the best of the Cypress oaks, as it reliably keeps its shape through to maturity — the distinctive, narrow, columnar canopy.

This is a perfect choice of tree where a tree of stature is required, but space is limited. The added advantage is that the tree is host to all the native flora and fauna that the native species rely on.

From a design point of view, this is also an important tree as it exhibits such a strong architectural shape. 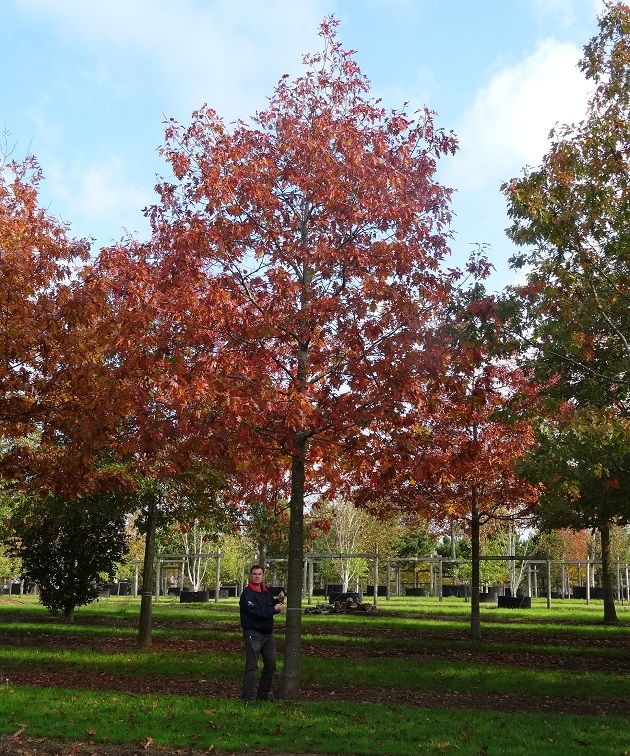 The Red Oak is one of the largest oaks that can be grown in the UK, with many specimens growing to over 30 metres tall. A feature of the tree is its large leaves – twice the size of our native oaks. Despite its common name, the autumnal display can sometimes be more yellow than red before finally brown.

This is a lovely tree for the natural landscape, as its crown is unpredictable but grand. As with all American Red and White oaks, it does not do well in alkaline soil, and would be short-lived if planted there.

View our complete range of trees, including oaks, via the A-Z trees listing pages of this website. If you are interested in discussing oaks further, contact us here.