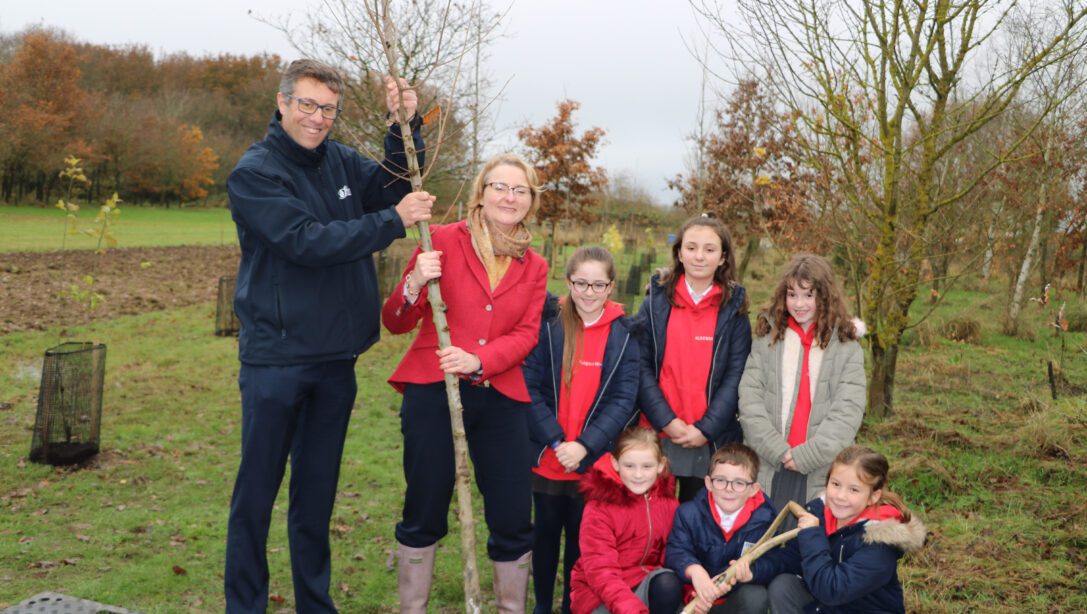 On Wednesday 27th November, perfectly timed to coincide with National Tree Week, a number of Staffordshire dignitaries and guests from across the horticultural industry celebrated as a stand of 20 elm trees was planted at the National Memorial Arboretum in Staffordshire. This event marked the first official planting as part of Hillier Trees’ campaign; ‘re-elming the British countryside’.

The campaign to re-elm the British countryside follows on from the devastating loss of almost the entire UK population of elms to Dutch elm disease in the 1960s. With more than 30 million mature elm trees wiped out, many nature lovers have never had the opportunity to marvel at an elm growing in the wild.

Guests were welcomed by Philippa Rawlinson, Managing Director of the National Memorial Arboretum, and Adam Dunnett, Amenity Sales Director at Hillier. Both spoke passionately about the importance of trees and in particular of preserving our native trees, which give so much to the environment.

Adam Dunnett, Amenity Sales Director at Hillier, said: “The campaign was first unveiled by Dame Judi Dench at RHS Chelsea Flower Show in May 2019. Dame Judi is a passionate advocate for trees and spoke movingly about the loss of elms in her own garden when she was younger. The Arboretum planting marks another milestone moment; the first official elm trees planted as part of the campaign.”

Philippa Rawlinson, managing director of the National Memorial Arboretum, said: “It is fitting that the Arboretum is the first location, being such a nationally important, year-round centre of Remembrance. Home to over 350 memorials, the 150-acre site also features around 30,000 trees with an abundance of wildlife as a growing, living tribute to those who have served, suffered or sacrificed their lives.” 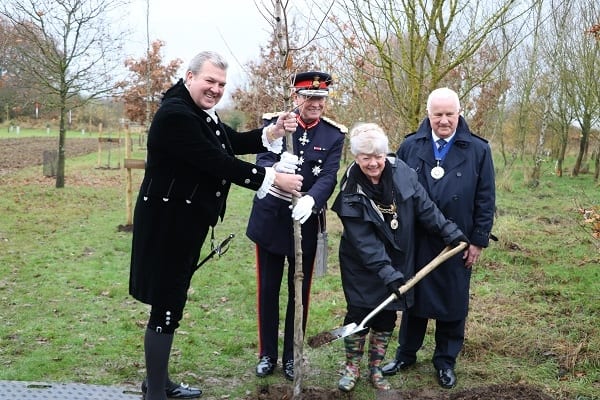 A number of Staffordshire dignitaries join and help plant one of the stand of 20 Ulmus ‘New Horizon’. Photo credit: the NMA

Hillier Trees has been working in partnership with specialist elm breeders in the USA and Europe for decades in order to develop a new, disease-resistant elm species. This work has led to the creation of a number of ‘resista’-elms. One of the varieties of ‘resista’-elm; Ulmus ‘New Horizon’, is now grown by Hillier on their field tree nurseries in Hampshire.

Adam Dunnett concluded: “This new elm has been planted in selected locations across Europe and the UK over the last 30 years and is proven to be Dutch elm disease resistant, making the timing right to increase awareness and the number of these trees planted across Britain.