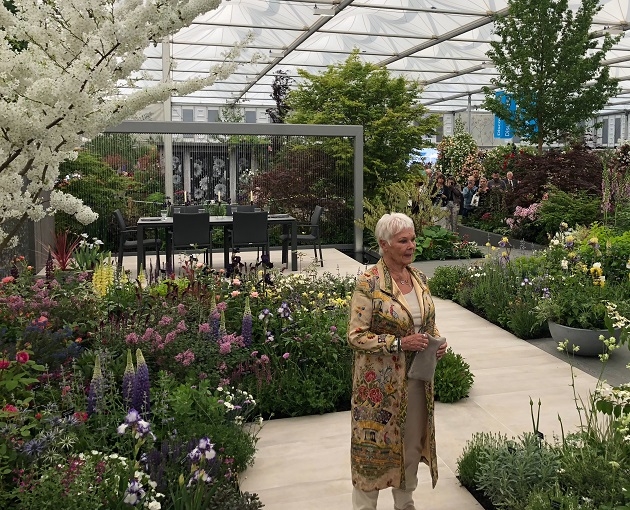 When Dutch elm disease struck Britain in the late 1960s, few people realised that it would wipe out more than 30 million mature elm trees, almost the entire UK population of elms.

Following this devastating loss, Hillier, Britain’s leading grower of semi-mature trees, partnered with specialist elm breeders in the USA and Europe for a number of years which resulted in the development of new disease-resistant species and the creation of ‘Resistant’-elms.

Ulmus ‘New Horizon’ is one of these ‘Resista’-elm species and has been grown by Hillier on the company’s tree nursery in Hampshire. This tree has been planted in locations across Europe and the UK for the past 30 years and has proven to be Dutch elm disease resistant.

Hillier is now aiming to expand the presence of this glorious elm by planting a number of elm stands throughout Great Britain; giving a new generation of nature lovers the chance to see elms once again. The first destination is already confirmed, with a stand of 20 Ulmus ‘New Horizon’ due to be planted at the National Memorial Arboretum in Staffordshire in autumn 2019. The Arboretum is an uplifting location with beautiful woodlands and many thousands of visitors every year will be able to enjoy seeing the growth of the new elms over the years.

This new campaign, ‘Re-Elming the British Countryside’, was unveiled at the RHS Chelsea Flower Show on 20 May when Adam Dunnett, sales director at Hillier Trees, handed over the first sapling of the campaign to Dame Judi Dench on ‘The Stihl Hillier Garden’. This sapling will be one of the 20 planted at the National Memorial Arboretum in a planting ceremony attended by Dame Judi Dench.

“We’re thrilled that Dame Judi Dench is supporting our campaign to re-elm the British Countryside” says Adam. “She’s had a passion for trees since she was young and has had her own woodland for around 30 years.”

Following the campaign’s Chelsea launch and National Memorial Arboretum planting, Hillier hopes to encourage more organisations and individuals to work with them to establish stands, plantations and even woods of the disease resistant elms throughout Britain.

“This is a massively significant tree,” says Adam. “It is unlikely that many people in Britain under the age of 60 will recall seeing a stand of mature English elm trees.  Sadly, the few remaining examples still growing in isolated sites around the country remain highly vulnerable to Dutch elm disease, which attacks them as they begin to reach maturity.

“We have developed an elm tree that fills the environmental void left by the demise of Ulmus ‘minor var. vulgaris’ and hope to see it widely adopted around Britain. Another important environmental benefit is that the new tree hosts the butterflies and insects that inhabited and fed off the traditional English Elm. We simply cannot replace it, but Ulmus ‘New Horizon’ will fill that gap and we will see them securely back in our countryside over the next several years,” added Adam.

“Ulmus ‘New Horizon’ is a fantastic tree that can tolerate almost anything you throw at it, from floods and pollution to poor soil and frost,” comments Adam. “It is ideally suited for urban locations, like car parks, central reservations, housing developments plus rural avenues or woodlands and will thrive in coastal spots. Because of its size and stature, we are less likely to recommend it for individual’s own gardens but have a wide selection of British-grown trees perfect for gardens as well. As we see it, every new tree planted is a plus for our ecosystem.”

Sarah Montgomery, managing director of the National Memorial Arboretum, said: “The Arboretum is home to 30,000 trees, many planted with the support of the National Forest.  As well as specimens from around the world, we now have extensive woodland comprising every native British tree species – except the elm. It is fitting and indeed an honour that the Arboretum will be home to the first stand planting as part of the Re-Elming the British Countryside campaign.”

Would you like to be involved in our campaign to re-elm the British countryside?