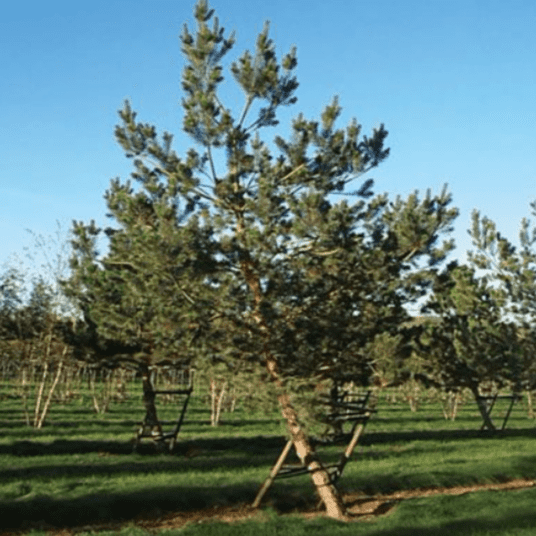 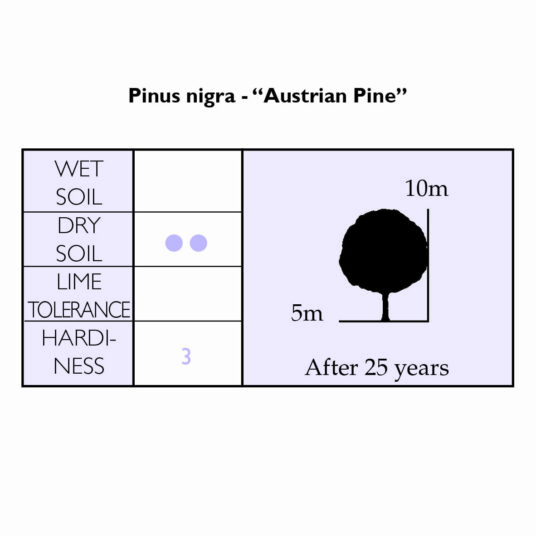 This large evergreen tree was first introduced into Britain during the 18th century. They can live for over 500 years and some of the first planted, original Victorian trees can still be seen and enjoyed today.

They are very hardy, establishing in almost all soils including heavy sand, chalk and loam. It thrives in full sun and does not like waterlogging, so free draining soil is a requirement. It happily resists the damaging effects of salt, making it ideal for exposed locations by the coast that require a shelter belt from the strong salt laden winds. It also happily tolerates salt spreading from road gritters during the winter. This coupled with its outstanding tolerance to urban pollutions and storm-water runoff makes it perfect for A-roads and roundabout planting.

Its leaves are needles, which grow in pairs. These are denser than our native pine with dark green shades of emerald. The new growth each year at the end of the branches is a waxy beige colour which stands erect. This appears like church candles at the branch tips throughout the canopy. The Pinus nigra is a fast grower, at 60cm a year. It will form a large dominating canopy, but happily accepts pruning so can be shaped and maintained as required.

The cones are typical of the species, which begin green, developing into brown which matures on the tree for 2-3 years.

A versatile tree that is suitable for numerous site applications and projects. A recent project was planting as a corridor from a sports hall to their playing fields. This was planted in two lines creating a corridor entrance that also shields the exposed grounds from strong winds.