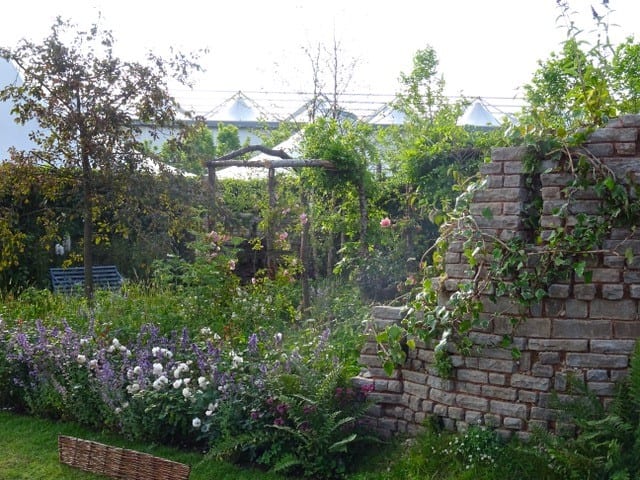 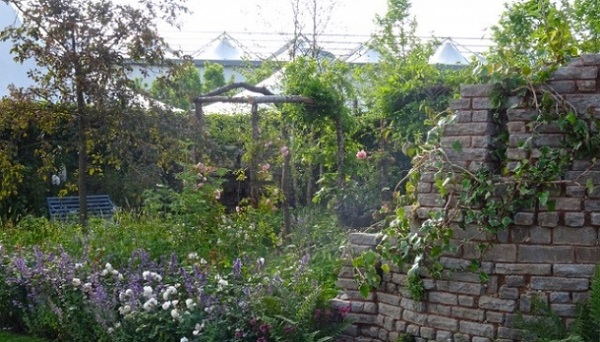 Requirement: 5 x semi-mature trees, to fit with the ‘elegantly ruined’ theme of the garden; Instant hedging and specimen climbing plants

Designer Claudia de Yong was creating a show garden for Wyevale, to be exhibited at BBC Gardener’s World Live 2017. The design, named ‘Romance in the Ruins’, was inspired by the medieval Beeston Castle in Cheshire and featured ivy-wrapped crumbling turrets with water cascading into a pond, roses rambling up the side of pergolas, wildflower turf and many other elements creating a dreamy sense of ancient disrepair.

Claudia approached us at short notice, to help support her with a number of tree varieties for the garden. 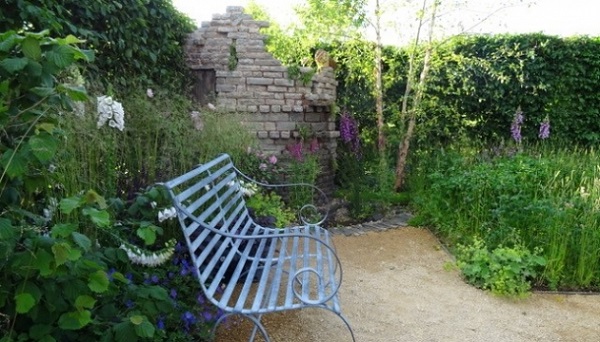 A mature specimen with a great, natural, round shape.

As a seedling native it has a broad canopy that emphasises its maturity. This helped create the natural setting intended.

The multi-stem Rowan lent itself to the feeling of being self-seeded and wild.

With its flaking bark, it added to the garden’s deliberately shaggy and crumbling atmosphere

The timing of the deliveries was crucial in this project to accommodate the show garden build programme. Our own experience of building show gardens, through almost a century of exhibiting at RHS Chelsea Flower Show, was a great help when discussing the practical challenges of the project.

We supplied 5x semi-mature trees for use in the show garden, all of which were selected for their contribution to the desired atmosphere of the garden – whether through elegantly flaking bark of slightly ‘wild’ appearance. We also supplied 45 sets of instant hedging and a number of other specific climbing plants from our nurseries – Ivy, Wisteria and Roses – to wrap around the garden.

Claudia de Jong and her sponsor visited us to tag the trees and we remained in close communication in the short run-up to the show. A broad range of shrubs and herbaceous plants were also produced on our plant nurseries to the client’s specification.

We were delighted to work with Claudia and the team on this short turnaround project and were pleased that the garden was awarded a gold medal and ‘Best in Show’. We were very pleased with the feedback that the garden looked like “it had been there forever” – just as they were hoping to achieve.

“I just wanted to thank you again so much for the trees and hedging which were an integral part of the show garden and helped win the Gold and Best Show garden!”
Claudia de Yong, Garden Designer 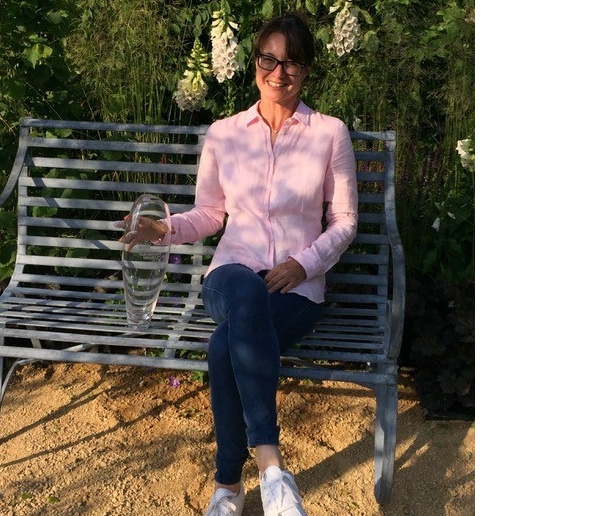 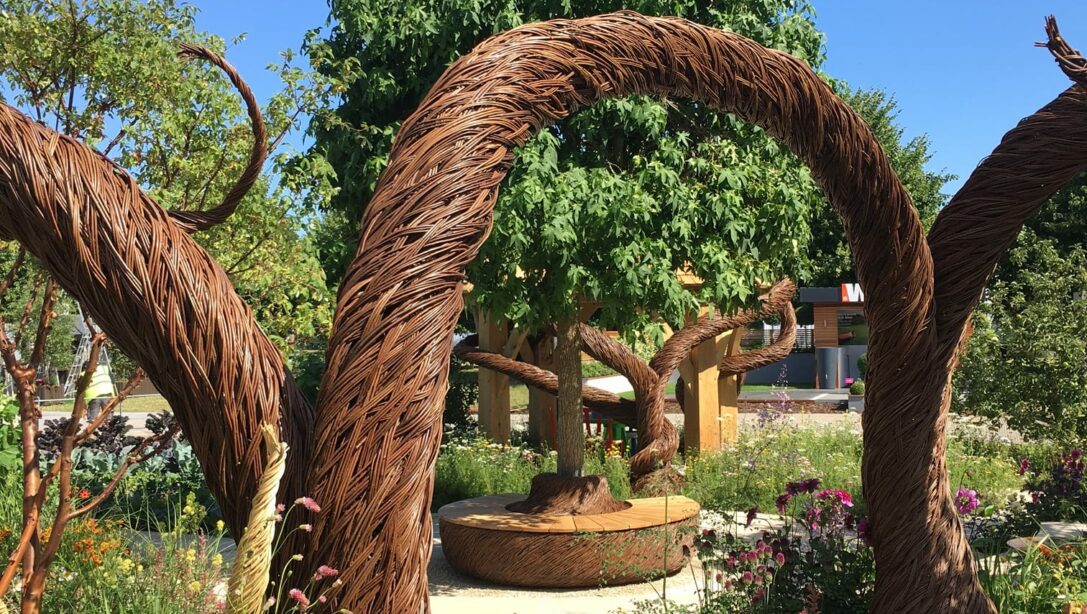